Time to say my part in this matter…

Over the last couple of days I’m sure you’ve all heard the accusations and claims from people Including my ex Lindsay snow and Mustafa Ali.

I figured it’s time to address this matter.

Lindsay Jayne Snow (@kaijupower on twitter and instagram) has been claiming for months that I strangled her on wrestlemania weekend.

No let’s hear my side of the story since in this case there is 6 sides. Two people on witch she already mentioned and two other people that where there in the room that night.all who will back up my story (a total of 6 including Lindsay and myself)

For about two months I had the suspicion that Lindsay and Shannon Moore where seeing each Other in a way that wasn’t profesional. Finally I confronted her about it and she claimed I was wrong,she denied it. So one day I decided to look at her phone and found all the multiple text messages/calls and voicemails from Shannon acting unprofessionally towards Lindsay. Then it started getting weird. He would call her babe,love and sexy.they went on multiple out of states trips together on their own.now at this point I’m thinking ok I’ll give them the benefit of the doubt,but his WIFE Julie Youngberg who has been working as a seamstress in the WWE for over 28 years can confirm all of this. The same wife he choose to hit in the face before he left her house to go live with Lindsay in an apartment I paid for.

The day I realized Lindsay had been cheating was the day after they went out on a cruise.she never once picked up her phone or texted back.the next morning I find in the car I was paying Shannon’s ear ring and bottle full of weed in the car. She claimed it fell of his ear while they where smoking.

Now at this point I knew I was right.wrestlemania weekend comes and I play it cool knowing what was going on the whole time. Lindsay needed merchandise to sell and I got it for her. Those kaiju power tank tops? Yep. I paid for those too. Lndsay kept all my money in her bank accounts with my permission so all the bills will be paid for. I left an apartment paid for, her shirts and still had 400$ leftover in her account. Witch she decided to steal along with my Ps4 and other belongings that include multiple comic books and clothes.

I have all the screen shots to prove all of this.

At this point I make the decision to end the relationship. So I show up back to our hotel witch it paid for and my name was on. And I decide to lay in bed and politely tell her to leave cause I know exactly where she was going and who she was with before she got there.again,4 other people can confirm this. Lindsay then begins to make a scene by acting irrationally,yelling and screaming,asking the other people there to escort her downstairs when she wasn’t in any danger.I grab her things and politely tell her I will help. All to she responded with more yelling and this time pushing me away.she gets in the elevator and keeps pushing me while I’m still holding her things I tell her to stop and let me get downstairs so I could grab my belongings from her car to what she responded “you’re not getting shit”. Lindsay Snow claims she was chocked by showing bruises on her post.but everyone that knew Lindsay knows that she is a Brazilian Jui Jitsu blue belt,has won multiple championships around the country in her sport and She was also training for a world tournament the weeks prior to wrestlemania weekend and post, sometimes twice a day.including her matches mania weekend it is safe to say she was already pretty bruised up from training and matches,like everyone else that weekend.now let’s talk about the rear view mirror, as I stated before my belongings where in her car. I put all her stuff in her car like I said I was and she decided to take off with my things. I held on to The mirror and it broke. That’s how that happened. That is the truth.

A few weeks later I leave to for Australia (granted that if I was committed of any crimes in the states I would’ve never been able to enter the country) I hear from Julie again telling me how sorry she was about how this all turned out and happened. The same woman shannon had been cheating on with Lindsay this whole time Lindsay was playing victim to you guys. The same woman that can confirm all of These stories along with a bunch of other people.this was Lindsay’s last plan to ruin my life after I told her and shannon I would let Julie know what was going on. But Julie already knew.knowing that neither him or her where gonna end up in WWE cause of their acts they then decided to target me and my career by putting my name trough the mud and making false claims to cover for their true mistakes. Admitting someone cheated on you is though and it hurts your pride and I didn’t want it to come to this but it had to.Nobody should go trough that. I’m not a saint by any means but She’s not a saint either.if i would’ve call the cops every time Lindsay put her hands on me she would’ve been in jail multiple times.but in cases like this the man will always be the monster in everyone’s eyes. But I’ve seen this hurt too many of my friends in the past and if I don’t get booked anymore and lose my life’s work so be it.bit I had to speak my mind for everyone out there that is faking domestic violence and making false claims that can potentially ruin someone’s life.There’s always two sides to a story and I’ve moved on from this a long time ago and these people continue to try to ruin my life’s work of 15 years.i cannot allow that and it was time to speak the truth. There are some of you that will believe her and that’s fine. But facts are facts and this will all be solved in a court of law. Cause defamation of character ain’t no joke. Attached to this are some screen shots of the kind of person she REALLY IS.

From tattooing dicks on people including myself,bullying new female wrestlers and beating them up,contacting her ex husband while her new man was out of town….enjoy. There’s more. 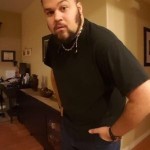